My name is Frank(ie) Olvera — better known as FRN2000 (formerly known as FRN). The moniker FRN (actually FRN$) came from a program that I wrote in BASIC in the summer of 1985 to learn French. FRN$ was the string variable for words in French in the in-line data, while ENG$ was the string variable for words in English. Needless to say, I never learned French. (Désolé, je ne parle pas français!) I came up with the 2000 part of the moniker from the KISS version of 2000 Man (Casablanca Records, 1979; written by The Rolling Stones (Their Satanic Majesties Request, Decca Records, 1967) hence putting together my two life-long passions — music and technology. I started using the moniker FRN2000 close to three (3) decades ago, with which I have left my mark throughout the internet for almost three (3) decades. I am a 50-year-old vegetarian (not a vegan yet), tattooed systems programmer and father of three boys (29, 20 & 13) living in NYC with my wife and kids. 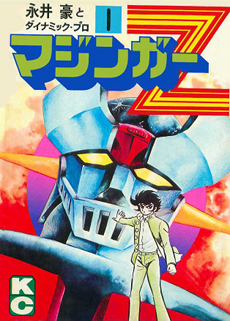 Aside from being a geek, I have also been heavily involved in music in various ways, even getting a degree in audio engineering (1995). I worked in several radio stations, record labels, recording studios and sound reinforcement for live events. I grew up listening to Aerosmith, Black Sabbath with Ozzy (of course) and Ian Gillan (Born Again, 1983), The Clash, KISS (my favorite band growing up; first album ever owned, Dynasty, Casablanca Records, 1979), Billy Idol, Judas Priest, Metallica (Ride the Lightning, possibly my second all-time favorite album, especially the songs Fade to Black and Escape), The Ramones, Slayer and many others.

Although a bit off-topic, when I was nine years old, I started collecting Lego sets and wished I could design Lego sets as an adult.

With such a fine line between science and fiction, as well as multimedia (music), it is no surprise that I got involved in computer systems and now have a bachelors degree in computer science (2003). My first computer was a C64 at the age of thirteen (1984) and I have gone through various other systems since. I have used, played with, abused and had the pleasure of destroying every single operating system covered in this website.

Since 1986, I have owned several electric guitars and other music equipment. I currently own two Hohner blues harps (different keys), a 1998 Danelectro 56 U2 re-issue with a Pastrami Overdrive effect pedal and a 1992 Rickenbacker 2060. I also have an off-brand Les Paul copy (a cheap knock-off junker, definitely not designed by the genius of Lester William Polsfuss, better known as Les Paul).

Since 2003, I have worked at a local government agency where I created data dictionaries and other documentation for programs coded for three decades for its mainframe running z/VM for a data warehouse used for an ERP. I also coded source code in JSP with Oracle intranet applications using JDeveloper. Surprisingly all of sudden, we dropped open source to become a Microsoft shop, which I have since considered a horrible mistake. I do not care about working with Microsoft technologies and related products, but it is a paycheck. I also work as an instructor at a college — currently teaching Transact-SQL (Microsoft SQL Server) as well as doing some consultant work (freelancer) whenever possible.

For the next several years, I studied on my own one subject that attracts me most (aside from technology and music) is human behavior, not limited to psychology and ethos of the individual and masses. Hence I usually read, study and write essays of my own. From all possible authors in this field, some of my favorites are (in order of interest) Nietzsche, Levinas and Kant. As such, I have published two (2) science fiction books, in which I include my opinion on religion, sociology, psychology, politics, manipulation of the masses like MKUltra, the media, science and various technologies. 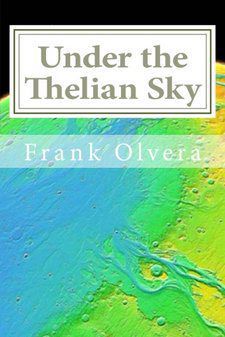 In 2013, I published my first three-part story in a single volume — Under the Thelian Sky (ASIN B00GTQBY04, ISBN 9781494232283). In my debut, mankind did not originate on Earth (Sol 3), but rather on Mars (Sol 4). When Mars (Sol 4) could no longer sustain life, mankind had to escape and colonized Earth (Sol 3). Many years later, a study was written about the survival of mankind in Mars (Sol 4) and its struggle in Earth (Sol 3) led by Doctor Ajidan Edejem. We have proved to be a species that has survived wars, slavery and other forms of abuse. All the while, the government controlled by them wants to keep everything quiet and even kill him for telling others about the unavoidable doom. Years before the extinction of life in Mars (Sol 4), the Thelian society was perfect, yet corrupted. Life was easy, yet difficult if you were different. For every good person, like Ahila Keinj who found peace in The Faith, there were many willing to destroy it all for gain while they controlled the fate of many. At the end, an outsider simply known as Operative Logger 9C56 tries to fight them and stop their manipulation of history and mankind.

In 2015, just in time for Halloween, I released my second novel — The Daydreamer (ASIN B016P42S22, ISBN 9781517144913). In this thriller, nerdy Robert James is a normal New Yorker who wakes up one morning unsure what had happened in his life. He is accused of killing the woman he has always loved, but he remembers three possible realities — one more different and more ironically normal than the previous. Which reality could be true? Has he dreamed these realities, seen this events or taken part of these strange acts? Is he a killer or is he being framed? Perhaps he knows the killer better than anyone else without realizing it.

For the past year or so, I have been working on major face-lift of VintageOS — cleaning up the code — in order to make it into a KaiOS reference app. Hopefully you will like the new design and functionality.

My current systems run Linux Mint 20.1 with Cinamon 64-bit (work & laptop), Windows 10 for SQL Server (work & laptop), Chrome OS (home), FireOS (home), KaiOS 2.5 (personal) and Android (work). I also run VirtualBox on multiple of these machines to test (play with) other OSs since I no longer have a computer lab — i386 or i486 machines especially — any more.

Thank you for your visit and support.