Not an OS, but a complete instruction set attached to the OS 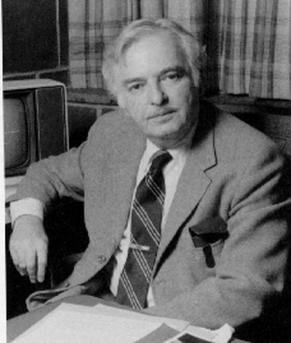 BASIC (Beginner's All-purpose Symbolic Instruction Code) was released in 1964 at Dartmouth College. It was originally designed as the interactive mainframe time-sharing programming language for the Dartmouth Time Sharing System (DTSS) OS by Hungarian John Grorge Kemény (Kemény János György, pictured on right) and Thomas Eugene Kurtz. The original version of the language was later referred to as Dartmouth BASIC.

For the fiftieth (50th) anniversary of the release of BASIC, Dartmouth University released a documentary appropriately called Birth of BASIC. If you want a quick lesson on computer science history, I highly recommend it.

For the next three (3) decades or so, BASIC became the de facto entry-level language for anyone interested in learning how to control computer systems. The updated version was referred to a Structured BASIC (SBASIC) in 1975, which became the standard by the American National Standards Institute (ANSI) referred to Standard BASIC in the early 1980s.

In the late 1970s and throughout 1980s, BASIC was more than just an entry-level programming language. In tandem with machine language to control the OS that the manufacturer had included, BASIC was part of the instruction set for early home computers like the TRS-80 Model III running on the ROM-resident TRSDOS and the C64 running on ROM-resident KERNAL (misspelling of kernel). Most importantly, BASIC was the only common factor in personal computers (8-bit microcomputers, latest technology at the moment) as binaries were not compatible from one manufacturer to another.

By today's standards, the late 1970s and most of the 1980s were strange times when the OS of the machine was not as important as the manufacturer or the amount of RAM — the more RAM, the better. We expected the machine to have a built-in BASIC interpreter even when we knew that a BASIC dialect might not be compatible with another. At the same time, we were limited to what was available in the country or region where we lived.

For example, vendors and models in the UK were different than those in the US hence not sold, available or compatible in the US (PAL instead of NTSC, 50 Hz current instead of 60 Hz current). Because of the relation between England and the rest of the British Commonwealth, these units were also available in other countries like Australia and New Zealand.

Probably due to the American market has always influenced other countries especially English-speaking Canada, in this case, some vendors and models did arrive at the UK.

Japan, in the other hand, was different and several markets worldwide followed — Asia (Korea and Japan), South America (Brazil and Chile), Europe (Netherlands, France, Spain and Finland) and the Soviet Union.

I remember reading lots of books on BASIC, machine language for the 64 and a handful of copies of BYTE magazine as well as watching TVOntario's Bits and Bytes on WNET (1983). My experience in junior high (middle) school was on a disk-less TRS-80 Model III (1983-85). At home, I spent many hours in front of my C64 writing programs that no longer exist. Saving programs on cassettes was an unreliable yet very common at the time.

I never got a chance to play with an Atari, a ZX, a Amstrad CPC, a CoCo or any other 8-bit home computer.

Maybe any 8-bit home computer system back then would have been the same to me, but my first experience with computers was my C64 — not merely a few hours a week in shop class. This is why, on this page, I can only concentrate on my experience of BASIC on my C64.

The C64 was one of the first computer systems that I ever used and the first one I ever owned (spring 1984). I quickly got up hooked into a whole new field and style of life — geekdom — and coding into late hours of the night instead of sleeping. The experience of working with KERNAL (the OS), machine language (accessing KERNAL) and Commodore BASIC (programming) in its 8-bit glory boasting a 1.023 MHz MOS Technology 6510 microprocessor and 64 KB of RAM was as fun as it could be for any kid in the early 1980s. To make things even more exciting and bringing more curious kids (like me at the time) to computer science, the C64 was heavily used for games and even some music programs thanks to its ground-breaking technology based on two chips by MOS Technology — SIC 6581 and VIC-II. Commodore International declared bankruptcy and closed shop in 1994.

In 2011, Commodore USA, LLC, took over the Commodore brand name and released updated versions of the C64 (C64x) with the same vintage (old, obsolete, ancient, historical, retro) "breadbox" exterior and VIC 20 (VIC Slim) with their own Linux distribution named Commodore OS. I had not been thrilled about any new system and/or other technologies for a long time. The whole idea of reviving the C64x had me like a little kid before Christmas with a new toy wrapped in front of him, but I never bought one. Commodore USA closed shop a little after one of its owners died on 2013.

In 2015, Commodore Business Machines Ltd (UK) took over the brand name and marketed mobile phones with the C64 look and feel rather than the classic C64 "breadbox" body.

In 2018, Retro Games Ltd (UK) took over the rights to relive the heyday of the C64 (1982-85) with The C64 MINI marketed as a video game console with 64 built-in games and shipped with its own joystick, THEC64 like the previous but with a working keyboard as well as a stand-alone joystick named THEC64 Micro Switch Joystick. The company has also released new version of the VIC20. All these machines, except for the stand-alone joystick, can also be used to program Commodore BASIC (forked from Microsoft BASIC) — the first programming language that I ever learned. If there was ever a computer I was excited about its launch, I would say is the C64. I want to get my hands on the new the C64, but first I want to make sure the new Commodore company will last. Needless to say, I am stoked.

Another nostalgia option was Manomio's licensed emulator for iOS — iPhone, iPod and iPad. This emulator was almost as good as the original the C64, but it was removed from the market without notice. I think someone might have considered it some sort of copyright violation.

Unfortunately it has been over three (3) decades since I last coded my last program for the C64 and I can hardly remember how to code a quick and dirty (not to mention descent) program (excluding the one above — OKAY.BAS), but I would consider it the geekiest purchase I have would ever make.

Of course, if you are merely interested in C64 games, you can get a ROM emulator and a handful of ROM images, which may be illegal in some areas and/or under special conditions as explained in 17 U.S.C. § 117(a).

Although the original C64 has not been in production for almost three (3) decades, this has not stopped developers from working on new technologies retrofitted for the C64 from hardware to keep up with the internet to new OSs as replacements for KERNAL.

Aside from OSs, there is also the OpenCBM project, which is a "Win NT/2K/XP, and Linux/i386 kernel driver and development library to control serial CBM devices, such as the Commodore 1541 disk drive, connected to the PCs parallel port via a XM1541 or XA1541 cable. Fast disk copier included. Successor of cbm4li" (Jun. 2006).

As I mentioned before, I also have a special memory of the TRS-80, specially Model III and the Color Computer 2 (CoCo 2) — not other models of the TRS-80 family. I used a TRS-80 at school (two students per machine). I enjoyed annoying others with the orange button on the top right hand side of the keyboard — memory flush, similar to the NEW command in BASIC (Level I BASIC, in this case). 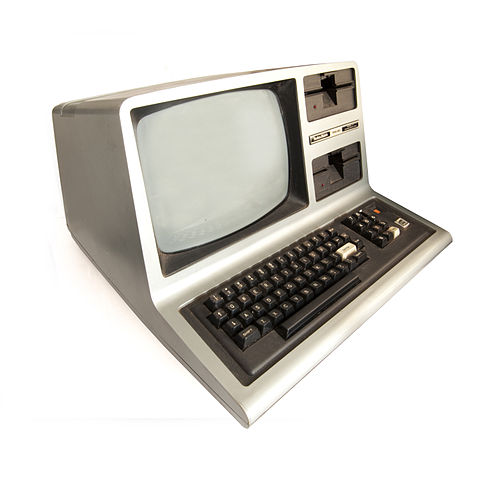 I never used the CoCo 3, but I remember seeing it in Radio Shack stores and thinking that it was a sexy machine. As a matter of fact, the CoCo 3 remains as one of the sexiest computers ever made. 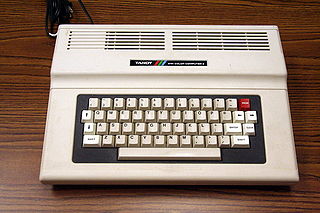 Other Versions of BASIC:

There are many versions (dialects) of BASIC. The following is a quick list of interpreters in chronological order.

BASIC on i286 and prior machines came burnt to a ROM chip. There is no way users could install BASIC. On boot, it loads from the built-in ROM to RAM. Later machines would run DOS and have BASIC as a stand-alone executable like QBASIC.EXE (Microsoft BASIC), but by no means being the similar instruction set of the late 1970s or 1980s.

Nowadays there are newer versions of BASIC that are installed as any other program would be on a computer via an executable or script. For example, FreeBASIC is available for DOS, Windows and Linux.

When 16-bit computers became mainstream in the late 1980s, BASIC was no longer intertwined with the OS and programming no longer was the main purpose of computers. In most OSs, BASIC was just reduced as a stand-alone binary like GW-BASIC (numbering each line, Microsoft, 1983-88) or QBasic (structured programming, Microsoft, 1991-present). Slowly BASIC was removed from OS distributions like Windows.

Most nerds (myself included) who grew up with micros (1977-95) love these machines. More than nostalgia, it is a love affair. This is the reason why there is a whole market of second-hand 8-bit micros and modern hardware that can be connected to the old hardware like HDDs and FDD emulators, hardware replacement and upgrades to bypass the original like sound and video cards, wireless adapters, PAL to NTSC converters and such. As a matter of fact, Tandy/RadioShack, Commodore, Atari and Sinclair micros (including non-licensed USSR clones) are some of the best selling units in the second-hand market (eBay, Craigslist, etc.) with prices ranging from $100 to $500 bare-bones. Even 16-bit micros like the line of Commodore Amiga can easily sell from $200 to $1,000. Software, original monitors and peripherals can also demand high prices depending on manufacturer and rarity. Brand new (never open) vintage machines can sell for thousands.