What is Berkeley Software Distribution (BSD)?

There is a close relation between BSD and Linux. They are both UNIX® clones, sort of like distant cousins. BSD stands for Berkeley Software Distribution because it was developed at the University of California at Berkeley in 1977 as a fork of Bell Lab's code. 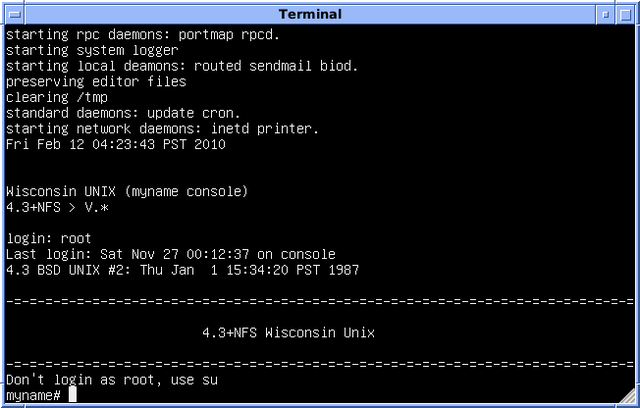 Since 1970s, the source code for UNIX® was included with the releases to allow further development. The changes done at Berkeley became known as BSD. Although every version and adaptation of Unix is important, the 1984 release of BSD known as 4.2BSD became popular and commonly used within universities.

In 1985, William Jolitz and Lynne Jolitz adapted the source code of BSD to work on the i386 microprocessor under the name 386BSD.

In 1991, Brad Grantham, Lawrence Kesteloot and Chris Caputo ported 386BSD to macOS under the name MacBSD. In 1992, BSD was running on Mac II systems.

In May 1993, NetBSD 0.8 was first released. NetBSD was the first royalty-free Unix OS. Around the same time, Allen Briggs and Michael Finch started to merge NetBSD 0.8 and MacBSD to avoid possible feuds. By the time NetBSD 1.0 came around, the NetBSD/mac68k project was established. See the the list of distributions based on NetBSD.

In November of 1993, Nate Williams, Rod Grimes and Jordan Hubbard released FreeBSD 1.0 for x86 microprocessors based on 386BSD, which they had developed for William Jolitz's OS. Jordan Hubbard is also credited for FreeBSD Ports, a command line package manager to install programs via the makefile macro.

In October 1995, Theo de Raadt (a former core team and co-founder of NetBSD, who was asked to leave the organization) first released OpenBSD 2.0 as a fork of NetBSD.

In November 2000, Apple used BSD as the base for Mac OS X (2001), known as Darwin. This has been Apple's best decision ever. Many new macOS users have found Apple as a new Unix source.

In July 2003, Matthew Dillon started DragonFly BSD, which is fork of FreeBSD 4.x and belongs in the same class as Linux being based on Unix ideals and APIs.

Before trying to install BSD, get a full inventory of what your computer system has. You might have to help the installer recognize the hardware. Also make sure that the distribution of your choice supports your hardware — either based on NetBSD, FreeBSD, OpenBSD or DragonFly BSD.

There are many ways to install BSD (from a CD-ROM, USB drive (most common media to copy OS images nowadays), FTP, HTTP, NFS, a DOS partition, etc.). If you are a beginner or lazy (as I am), do the installation from a USB drive. Just plug the USB drive and reboot. Do NOT forget that the installation will format the partition or most likely the whole HDD if you are not careful. If you want to test BSD without doing any changes or formatting your HDD, make sure you have a live image in the USB drive.

Some of the information mentioned in this page was partially taken from IBM DeveloperWorks.