What is Palm OS?

On late September 2005, Microsoft and Palm agreed to sell new smart mobile phones with Pocket PC rather than the Palm OS. On November 2005, PalmSource (the developer of the operating systems) was acquired by Access. 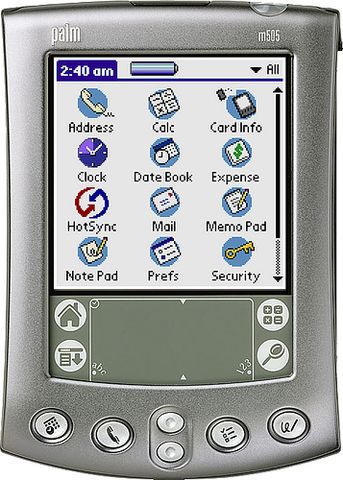 In April 2010, Hewlett-Packard (HP) acquired Palm and all related properties. The new product release is webOS, which based on Linux marking an end to Palm OS.

Nonetheless, Palm OS is an operating systems for hand-held computers that is very easy to use and to share data with any other PC, compared to the installation procedure of the synchronization utility for Windows Mobile (formerly known as Pocket Mobile, before that as Pocket PC and before that as Windows CE).

Palm OS was originally developed by a division of the Tandy Corporation (then RadioShack), which was an IBM clone with a touch sensitive display in 1989. The division of Tandy Corporation became Palm Computing in 1992. Around 1995 USRobotics acquired Palm as a subsidiary, which was later acquired by 3Com. Palm became an independent company again years later and some of the developers formed Handspring. Palm and Handspring were part of the original developing team behind the operating systems. Both Palm and Handspring promoted the development and marketing of software and compatible hardware. To make the relation of that these two companies have with each other more confusing, Palm acquired Handspring in 2003 giving the OS new life under the name PalmOne, which was later dropped in favor of the original name, Palm.

With the changes in the Palm OS 4 and 5, some vendors were forced to change hardware configurations. One of these vendors was Handspring, which dropped Springboard modules from their newer models. These modules were interchangeable units that gave extra functions to Handspring units like dictionaries, encyclopedias, audio recorders, modems, cameras and even a mobile phone named Visorphone.

Unless you are upgrading, there is no access to Palm OS. There is no way to format anything. Palm OS devices have no HDD. Palm OS is hard-coded to a ROM chip. Operating system upgrades are layered on the version of Palm OS that the unit was shipped with. Therefore they have to be re-installed if the unit is reset (powering the unit completely off).

If there is no way users (geek or clueless) can install the OS, you might wonder why I wrote this in the first place. First, clueless end users are dangerous. Some users understand that a virus can destroy a system, but they are unwilling to scan a file or floppy.

Second, any unit running any version of Palm OS is the perfect way to introduce people to the computer science. The end user has nothing to destroy or corrupt. Pressing the reset button on the PC will bring the OS back to its proper state.